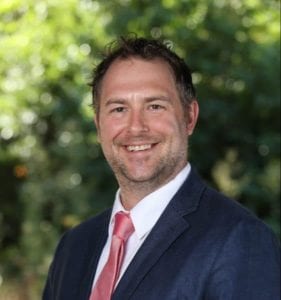 Chris has been an educator for over 14 years, and holds a Masters in Education from Manchester Metropolitan University. Born and raised in the Northwest of England, Chris spent most of his formative years in that area before attending Gordonstoun School in Scotland as a scholarship student. During his time as a Duke of Edinburgh Gold participant, Chris had his first teaching experience in Tanzania, teaching English to local school children.

Upon completing his mathematics teacher training, Chris worked in schools in the Manchester area, initially teaching mathematics to students aged 11 to18, and later holding the positions of faculty team leader and vice principal at a charter school focused on STEM education. In his first international role, Chris was appointed as Director of Teaching and Learning at St. Andrews International School in the Bahamas, where he was first introduced to the IB Diploma programme. During his time at St. Andrews International School, he taught IB diploma mathematics at the standard level and higher level.  Chris moved on to become a curriculum coordinator at an IB World School in California, also ensuring to bring the Duke of Edinburgh’s International Award with him, to come full circle.

Chris is currently a member of accreditation teams for both WASC and NEASC. Chris comes to Singapore with his wife who is an elementary teacher. 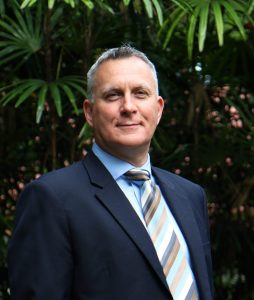 Robert brings with him 25 years of educational experience in both the UK and Singapore. He joins us from Tanglin Trust School, Singapore where for the past 14 years he has successfully held several senior leadership positions including the Head of Sixth Form and Assistant Head. He went to school and university in London where he developed his passion for rugby and education. Upon completing his teacher training in 1996, Robert worked at The London Oratory School teaching Economics and Business to both GCSE and A level. He also became a Housemaster and Head of Department during his time at the Oratory where he gained and developed extensive academic and pastoral leadership experience.

Since August 2018, he has been the Deputy Headteacher – Academic with responsibility for all academic matters working very closely with the Head of the Senior School and Deputy Headteacher (Pastoral) on both a daily and strategic basis.

In October 2020, Robert gained his NPQH (National Professional Qualification for Headship) from University College London/Institute of Education. His final project focused on leading a change in the assessment and culture of the school to improve student progress and attainment to address concerns regarding student well-being and mental health.

With his stellar track record and extensive experience in both pastoral and academic matters, we are confident that Robert has the skills to effectively lead the school into its next stage of development. His knowledge of international education within Singapore will prove a tremendous asset as we move forward. Robert also brings with him leadership experience in a top school in London prior to joining Tanglin Trust.

Robert is a motivated and committed senior leader who strongly believes in a value-based education system where the student is placed at the heart of the decision-making process. Fundamental to his beliefs is the view that every student should be provided with the opportunities to be the best they can be both in and out of the classroom.

His educational philosophy is clearly aligned with our ethos and values, and we are very excited about his appointment. He has a strong belief that a successful school should be a happy and thriving learning community where each child is provided with the opportunity to flourish and be the very best they can be. 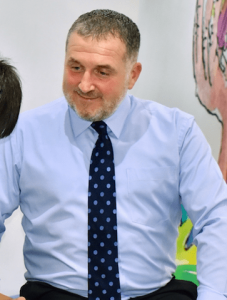 Head of Secondary and IGCSE Coordinator

Paul joins us from the Nord Anglia Education Group, whom he has been with since his first international teaching position at the Regents International School in Thailand. He was promoted within the Group to take up his first Headship position in Qatar in 2016 and joined the well-established British School of Guangzhou (BSG) in China as the Head of Secondary in 2018. Paul had graduated from Moray House Institute of Education in Edinburgh with a BEd (Hons) in Physical Education. He has spent his last 26 years immersed in education, with the first 14 years spent working across a range of schools in England, including the special education sector.

Paul believes that education should be inclusive and supportive; all students should be guided to find the balance between academic challenge and personal growth. He is committed to nurturing young adults who are fully prepared to enter a changing world that requires respect, confidence and academic creativity.

Paul will be joined by his wife Roslyn, who has also joined the EtonHouse family as an early years teacher at the Mountbatten 718 campus. They have two daughters who thrived in the international school context and are now working as Primary school teachers in Europe. It is clear that McConnell’s family business is in education!

Whilst in the UK, Paul had spent ten years in the British Army Reserve. This experience, added to a love for sports, leaves Paul with a wide-ranging set of hobbies and passions. Skiing, diving, golf and, more recently, road cycling are things you will find him doing as they are connected to his family’s passion for travel and adventure. Cleaning his new bike, listening to music, and reading are ways he relaxes and looks after his wellbeing.

Paul is delighted to be joining the EtonHouse family of schools. He looks forward to establishing strong relationships with the students, parents and teachers and immersing himself in the EtonHouse Orchard campus community. 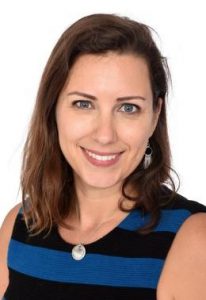 Before joining EtonHouse International School Orchard, Maggie was the PYP coordinator at the International School of Penang (Uplands). During her time at Uplands, Maggie led the school through an IB evaluation, mentored teachers who were new to the PYP curriculum, and networked with other schools within the region. Through this experience, Maggie has become more knowledgeable about the curriculum, as well as the unique needs of different stakeholders within the learning community.

Originally from Vancouver, Canada, Maggie has been working internationally in PYP schools for the past 13 years. She worked as a PYP teacher at the International School of Ulaanbaatar, Mongolia, and facilitated the middle school outdoor education programme. She then spent eight years teaching at Chatsworth International School (Orchard) in Singapore. At Chatsworth, she held various leadership positions and worked as part of the primary leadership team to coordinate teaching teams and lead curriculum reviews. As an educator, she is passionate about inquiry learning, developing student agency, and fostering international mindedness.

Maggie has a Bachelor of Arts in International Development Studies, a Bachelor of Education, and a Masters of Education focusing on Literacy Education. Maggie also has additional qualifications in teaching English language learners and concept-based curriculum and instruction. Prior to teaching, Maggie worked in Ghana, West Africa, and in a First Nations community in Northern Canada on projects that aimed to improve individuals’ access to basic education.

Maggie is committed to fostering an open-minded and collaborative learning environment and is looking forward to joining the team at EtonHouse. 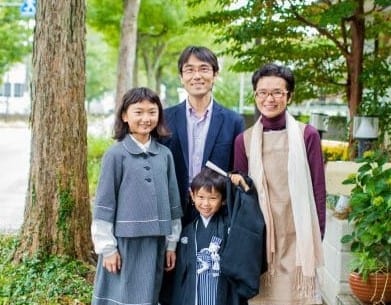 Kentaro and Miho Tajimi, Parents of Tamaki and Itsuki, Orchard

I like the comprehensive or interdisciplinary study style used. The curriculum is planned to integrate science, social studies, math, language and art.  For example, “human rights” was the theme in the first term and Year 6 students read stories about refugees, watched photo collections, made dioramas. The annual plan of study includes themes on religion, faith and culture. I am happy to be a part of EtonHouse International School at Orchard. Read more here